Virtual Learning by Stuttering Foundation is an online series of interactive workshops with a variety of offerings for speech-language pathologists, parents, and individuals who stutter.

The series includes monthly offerings ranging from clinical training opportunities, to parent education, to a platform for people who stutter of all ages to share their stories. Sessions are moderated by many of the world’s leading clinicians, researchers, and self-help advocates — bringing learning and collaboration to you. 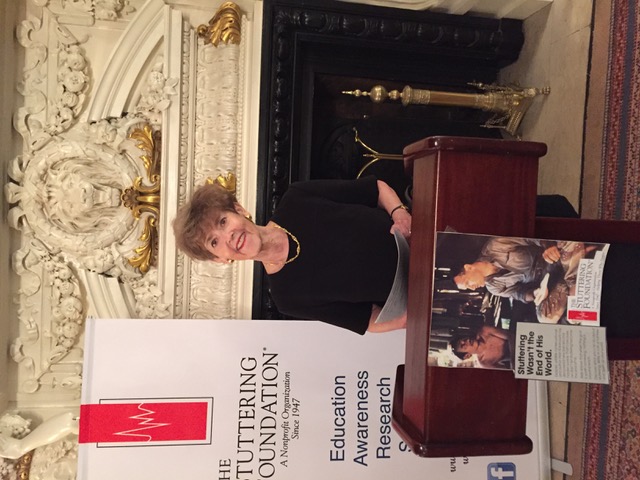 Description:  Jane Fraser will be talking about her father, Malcolm Fraser, who founded the Stuttering Foundation in 1947, 75 years ago. She will relate his goals for the foundation and his lifelong work to help others. His favorite words were “Let’s be practical.” He was always looking for ways to improve the lives of those who stutter, not in some distant future world but in the here and now.  There will be plenty of time for Q & A as well.

Jane Fraser, Hon. FRCSLT, serves as the president of The Stuttering Foundation of America, a position she has held since 1981. The oldest and largest nonprofit organization for the prevention and treatment of stuttering, the Foundation has grown tremendously in size, scope and outreach under her leadership and direction.

The daughter of Stuttering Foundation founder Malcolm Fraser, Ms. Fraser received a degree in Russian and Linguistics at Bryn Mawr College and continued graduate work in both subjects at the Universite de Strasbourg, France. As an avid student of language and speech, Ms. Fraser is fluent in French and lived in that country for 20 years. An experienced editor, translator, and interpreter, she previously worked for the Institut Gustave Roussy and for the Assemblee Nationale in Paris.

Personal honors and awards include a past Carnegie Foundation grant for Russian studies in Russia and the Distinguished Alumnae of the Century Award, Hutchison School Centennial, 2002; the Outstanding Contribution Award from the International Stuttering Association at their World Congress in Dubrovnik, Croatia, on May 9, 2007; was chosen Nonprofit Executive of the Year by the Nonprofit Times in 2008. On Sept. 17, 2014, she received an honorary fellowship from the Royal College of Speech & Language Therapists for her distinguished service in promoting the profession of speech and language therapy.

Personal honors and awards include: Distinguished Alumnae of the Century Award, Hutchison School Centennial, 2002; the Outstanding Contribution Award from the International Stuttering Association, 2007. She was chosen Nonprofit Executive of the Year by the Nonprofit Times in 2008.