Brian Fraga is an award-winning journalist and reporter from Massachusetts. He sat down with The Stuttering Foundation to discuss his many life and career successes, along his lifelong journey with stuttering. 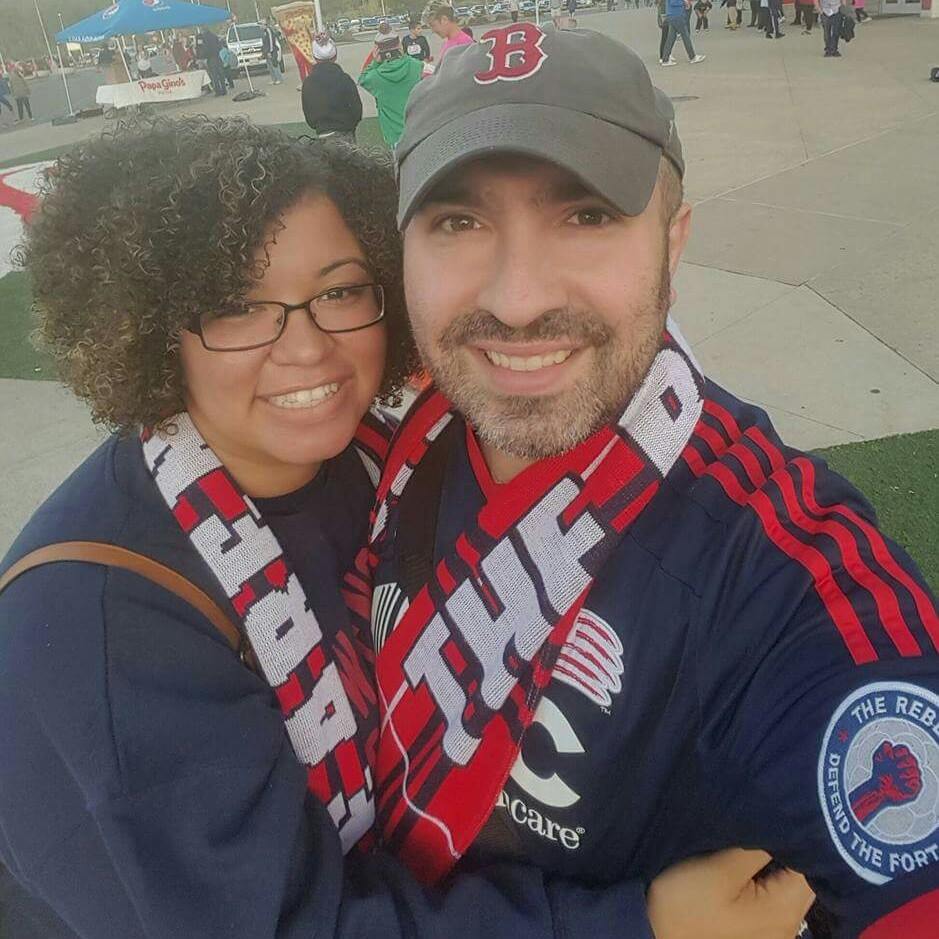 SFA: Do you remember when you first began to stutter?
BRIAN: I remember having a stutter when I was a little kid, before
kindergarten.

Does it run in your family? Who else stutters?
Yes. I am told my late mother had a stutter. I have a brother who also stutters, and my daughter at times stutters also.

Did you seek treatment? Did it help?
I received in-school speech therapy through middle school. Before I began high school, I attended an intensive month-long speech program where I learned “strategies” related to breath control, first sounds, pace and how to back out of a block. That helped me considerably.

Tell us about your experience with stuttering as a child.
I had my share of difficulties. Every school year, the first day of class was terrifying when the teacher would ask the class to go around the room to introduce themselves. I dreaded oral presentations and being called upon in class. Some kids would make mean-spirited comments and mimic me. It made me very self-conscious and I internalized a sense of shame. I lacked self-confidence and was not as outgoing as I could have been because I didn’t want to speak up in class or take leadership positions that would require me to speak in public.

Has your stuttering gotten worse or better since you were younger? How?
It’s gotten a lot better. As I got older, I became better at controlling my speech and using the strategies I had first learned as a teenager to maintain fluency, even in higher stress situations like public speaking. My career requires numerous interviews over the phone, occasional interviews on radio and television, and I think that has helped me to learn and maintain control, as well as not to avoid speaking situations.

How does stuttering affect you in your career?
I would say it doesn’t affect me at all.

How is your stuttering today? What do you do to control or manage it, if anything?
Most people tell me that my stutter is barely noticeable and only occasionally surfaces. Breathing, resisting time pressure, concentrating on first sounds, and just having a higher sense of self-confidence work pretty well for me.

What is your greatest accomplishment with regard to stuttering?
Besides figuring out how to control it, I would say overcoming my fear and self-doubt about speaking up in situations, especially in professional settings.

What are the biggest challenges stuttering has presented to you?
I did well in school, but stuttering often made me hesitant to raise my hand and make my voice heard. It contributed to insecurities, low self-esteem and a lack of confidence in myself. I found that it still makes me think twice before raising my hand to be called on in a press conference or to agree to a radio interview, though I still do all of that. It’s a constant battle to not let it run my life.

Based upon your experiences, what would you like to tell children who stutter?
I would tell them to not let anyone make them feel bad about who they are. Don’t be afraid to stand up for yourself and know there is no shame in having a stutter. None. I’d also tell them that there is hope in learning to control their speech and that they can accomplish anything they want to do in life. Don’t let anyone tell you otherwise.

Based upon your experiences, what would you tell parents of children who stutter?
Support your child, offer them whatever speech therapy they need, and always reinforce the truth that there is nothing shameful about stuttering.

I am very grateful to the speech language pathologists over the years who worked with me and helped me at my low points. You all do such important work. Thank you.

Profession:
I am a journalist, a staff writer covering news in the Catholic Church for The National Catholic Reporter.

Family:
I have been married to my wife Catherine for almost 14 years. We have a daughter, Hope (5).

Successes:
I have been an award-winning local newspaper reporter, garnering awards from the New England Newspaper and Press Association and the Society of Professional Journalists. I have also won several awards as a Catholic journalist from the Catholic Media Association.