The following remarks were given by Jane Fraser at the Stuttering Foundation’s first-ever New York City Gala.

This incredible movie and its superb portrayal of King George VI by Colin Firth have truly turned our world upside down.

So tonight, we honor this exceptional film that has brought so much help to so many.

Excellence is the name of the game. This film included the most extraordinary acting we have ever seen wrapped up in one movie.

Colin Firth brought a new understanding of stuttering and its paralyzing fear;

Tom Hooper brought us excellence in directing — everything and everybody in perfect sync;

David Seidler spoke for all who stutter when he said “we have a voice, we will be heard”;

Geoffrey Rush was amazing – a therapist who showed us what the term “therapeutic alliance” is all about.

The entire King’s Speech team won endless Oscars/Golden Globes and resounding and well-deserved praise from all over the world!

So we want to thank The Weinstein Company for their unparalleled support! Thanks also go out to Anchor Bay Entertainment and Blu-ray.

Working together, these friends have included our public service announcement on every single copy of the DVD that launches tomorrow – giving everyone who has a copy a nonprofit source of help.

This is truly an incredible lasting legacy for generations to come. 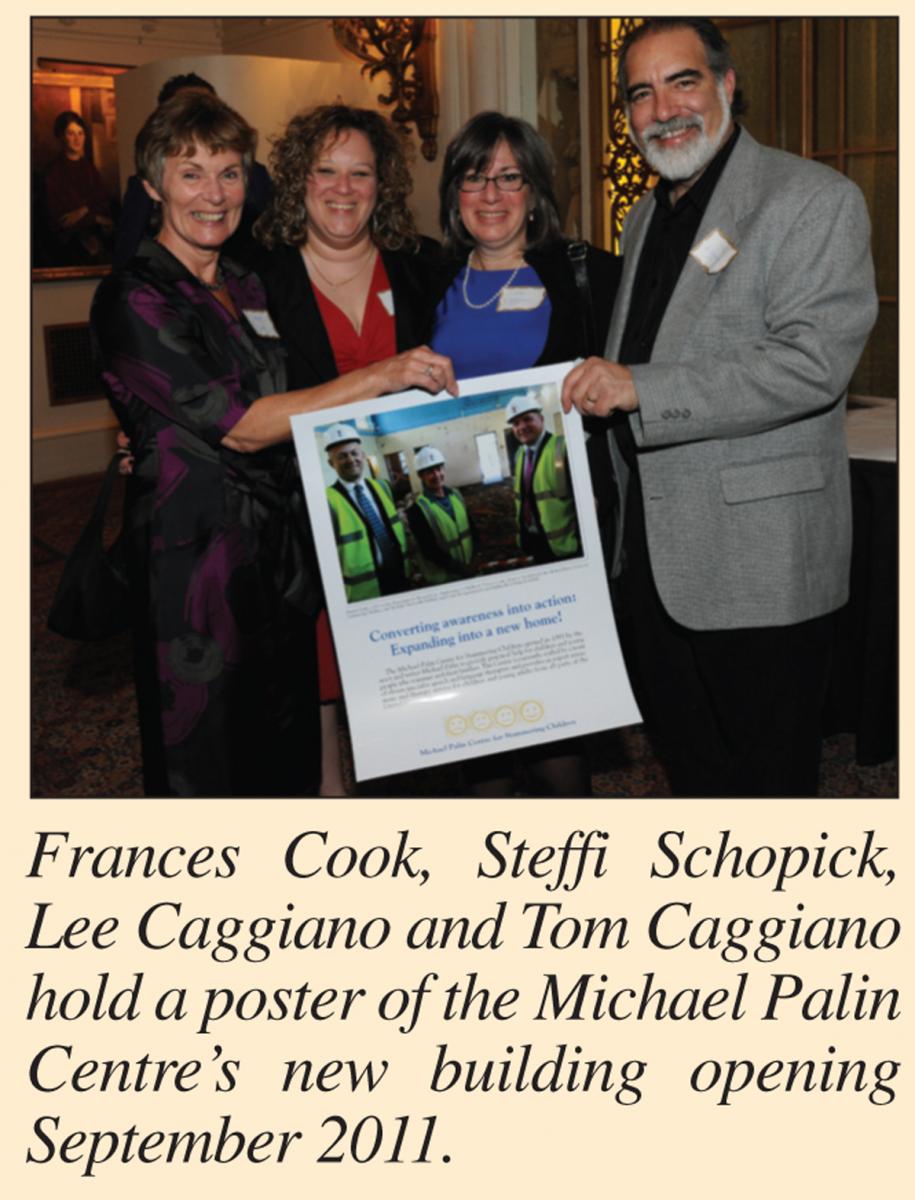 “Our Co-Host is Frances Cook, who heads the Michael Palin Centre for Stammering Children, which is staffed by 11 remarkable therapists,” said Jane Fraser. “Since 2006, the Stuttering Foundation has partnered with the Centre, which offers some of the best therapy in the world. Fran will share how they are converting awareness into action!!!”
“Also, I want to recognize Michael Palin who gave us such tremendous support during the past 6 months. Without Michael’s help, I would never have had my 25 minutes of fame with Colin!” 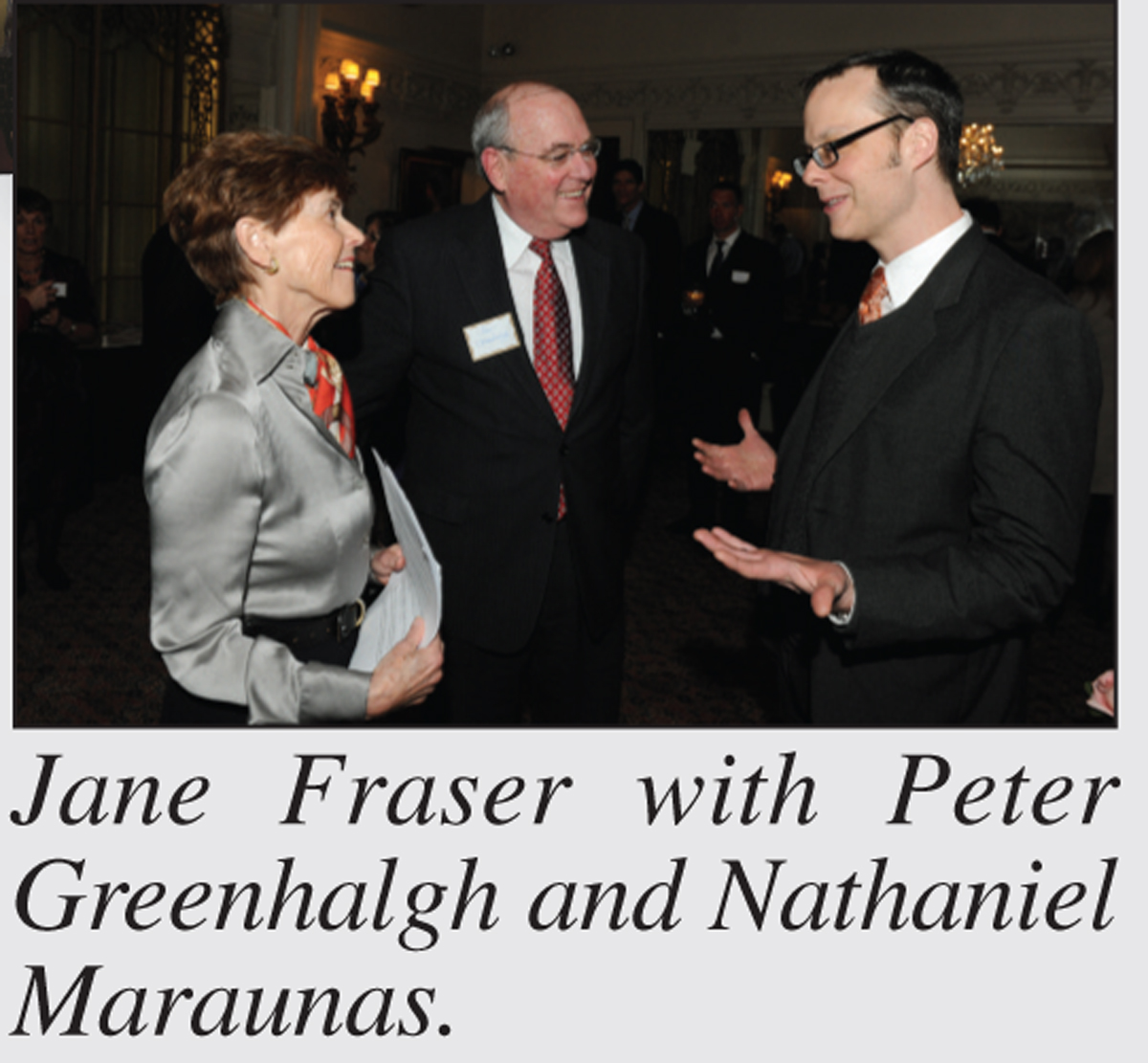 “We are happy to have the new book, The King’s Speech, and the Sterling Publishing team here with us tonight,” Jane Fraser said.
Publisher Jason Prince, Joshua Mrvos, Nathaniel Maraunas, and Caroline Mann graciously shipped in a copy of this excellent book for everyone at the gala. It was written by Peter Conradi of The Sunday Times and Mark Logue, Lionel’s grandson who uncovered so many marvelous old photos and anecdotes that are included in the book and in the movie!

“We’ve come full circle – our founder, my father Malcolm Fraser, was inspired by King George VI. But thanks again to The King’s Speech, I have just discovered that he too was helped by Lionel Logue!” said Jane Fraser. 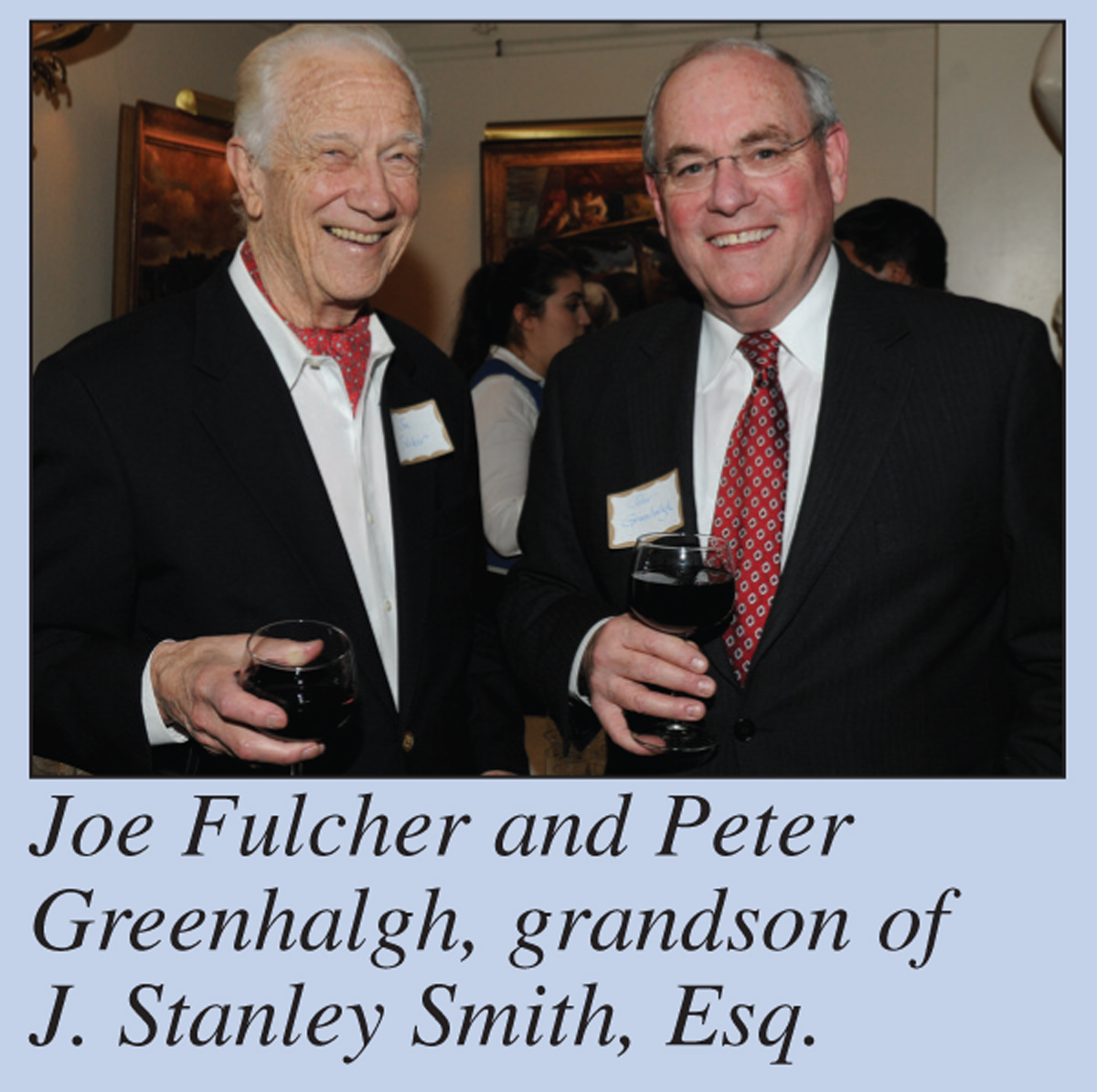 In 1926, Malcolm Fraser was personal secretary to a prominent Philadelphia lawyer named J. Stanley Smith. Fraser handled Smith’s correspondence when he was in England and France.

“At that time my father was struggling terribly with his stuttering and J. Stanley Smith offered a safe haven,” Fraser explained. “He was a man who stuttered, who was successful, and who offered my father a job and also a therapy program through his own support group which he named after Charles Kingsley.”

“Just months ago, I was contacted by J. Stanley Smith’s grandson, Peter Greenhalgh, who let me know that not only did his grandfather dine with the Prince of York, future George VI, but also with Lionel Logue.

“He had frequent meetings with Logue to learn more about his therapy approach!!! J. Stanley Smith brought Logue’s ideas back to Philadelphia where my father and others who stuttered profited from them. …Full circle!”

Robyn Mathews placed our very first public service ad in TIME back in 1972! Since then TIME has donated millions of dollars worth of public service space to the Foundation. Robyn’s encouragement also helped us reach out to many other magazines where our public service campaign is thriving. 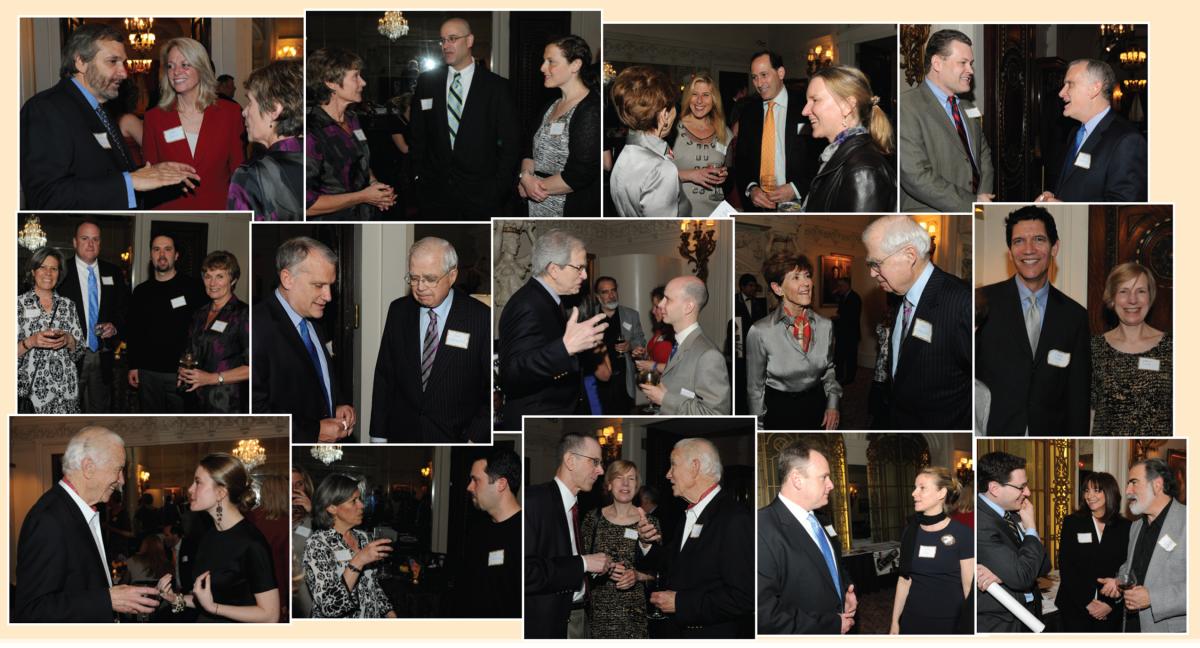 -From the Fall 2011 Newsletter