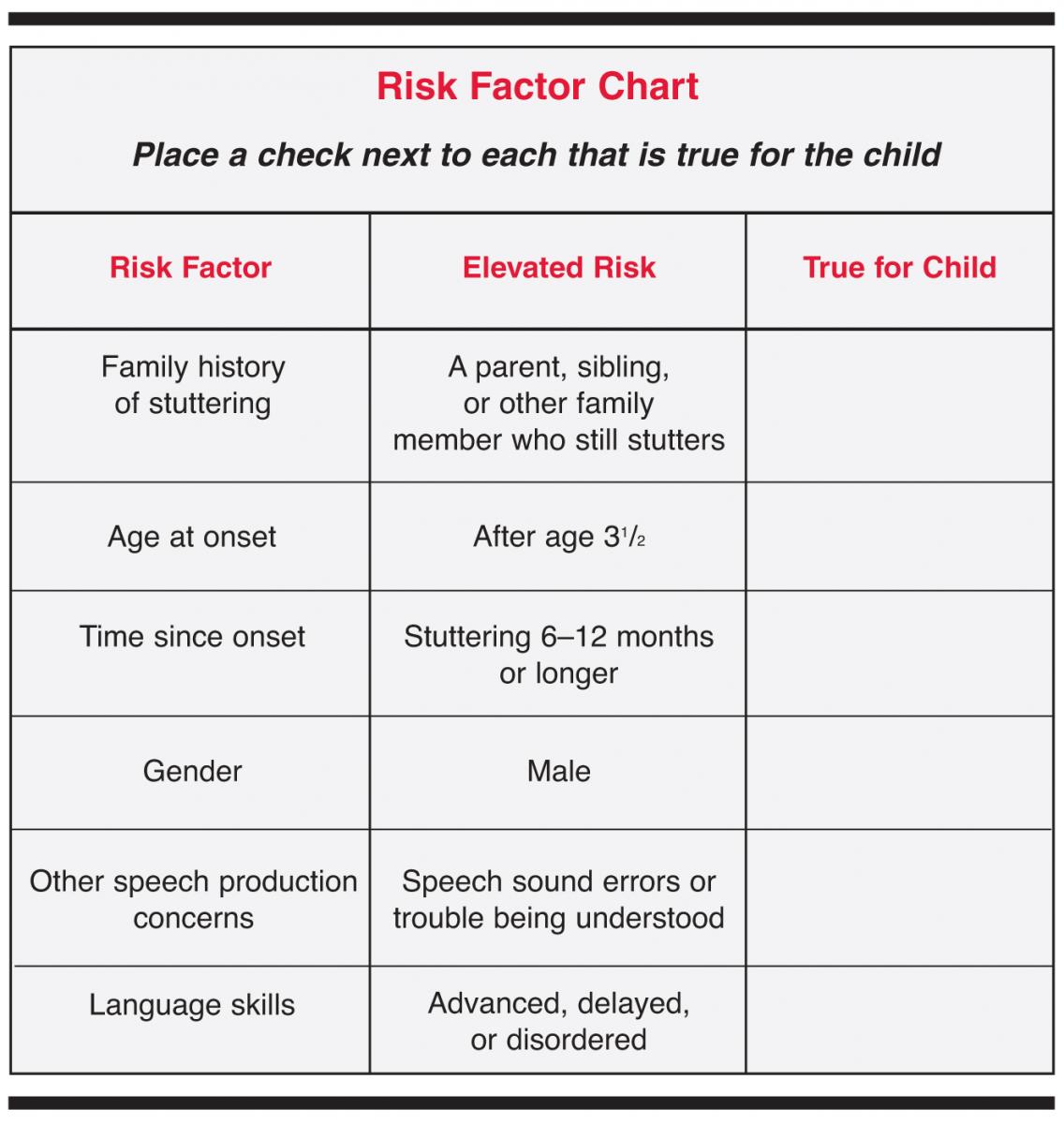 Certain factors may place children at risk for stuttering. Knowing these factors will help you decide whether or not your child needs to see a speech-language pathologist 1,2. See the chart on the right. If your child has one or more of these risk factors, you should be more concerned. For a more detailed explanation of each risk factor, see SFA book 0011, If Your Child Stutters: A Guide for Parents available from our store -- see Best Sellers.

These risk factors place children at higher risk for developing stuttering. If your child has any of these risk factors and is showing some or all of the warning signs mentioned previously, you should be more concerned. You may want to schedule a speech screening with a speech therapist who specializes in stuttering. The therapist will decide whether your child is stuttering, and then determine whether to wait a bit longer or begin treatment right away.

1 Longitudinal research studies by Drs. Ehud Yairi and Nicoline G. Ambrose and colleagues at the University of Illinois provide excellent new information about the development of stuttering in early childhood. Their findings are helping speech-language pathologists determine who is most likely to outgrow stuttering versus who is most likely to develop a lifelong stuttering problem. Research reports include:
Yairi, E. & Ambrose, N. (1992). A longitudinal study of stuttering in children: A preliminary report. Journal of Speech, Language, and Hearing Research, 35, 755-760.
Ambrose, N. & Yairi, E. (1999). Normative disfluency data for early childhood stuttering. Journal of Speech, Language, and Hearing Research, 42, 895-909.
Yairi, E. & Ambrose, N. (1999). Early childhood stuttering I: Persistence and recovery rates. Journal of Speech, Language, and Hearing Research, 42, 1097-1112.