Bravery on the Front Lines 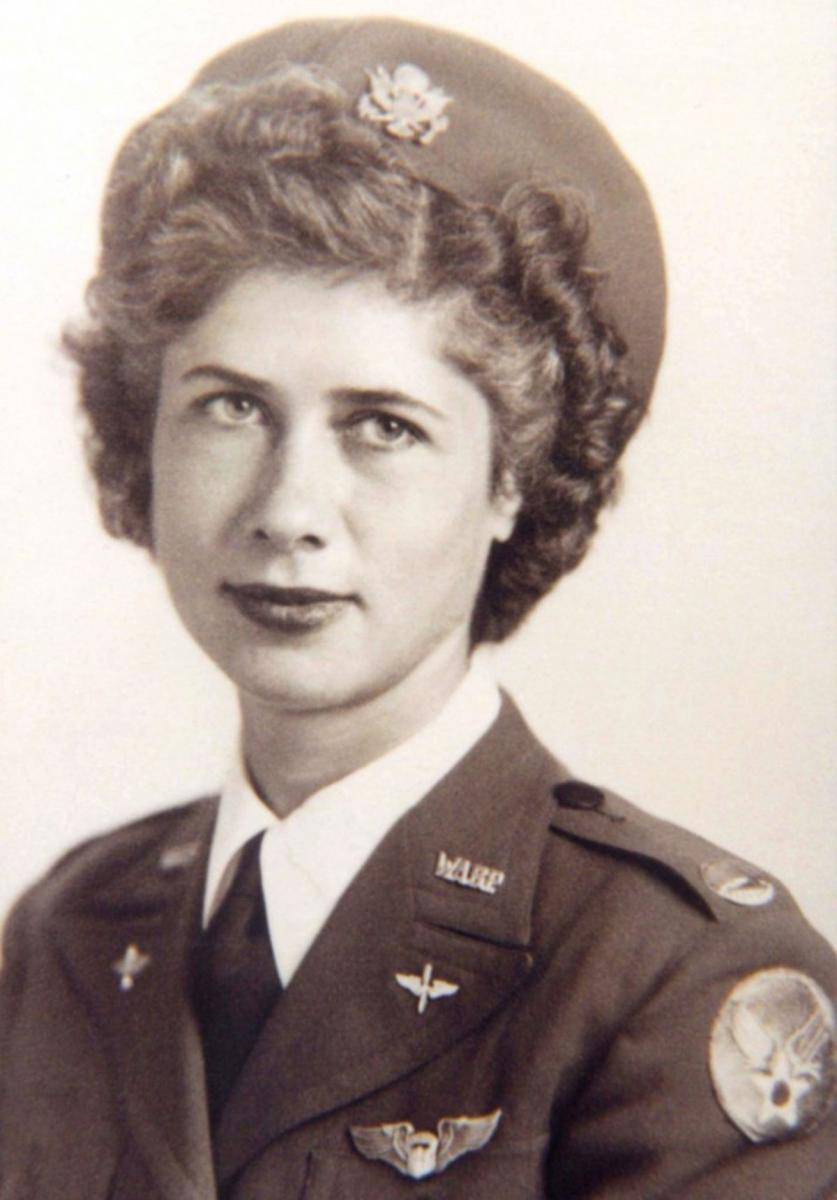 Born in October of 1911, Gertrude Tompkins came from a wealthy and privileged background. Her father, Vreeland Tompkins, was a top chemist for John D. Rockefeller’s Standard Oil with many patents of his own, securing the wealth of the Tompkins family for many years. Vreeland stuttered severely, and naturally was upset that his daughter began to stutter like he did.

Many unconventional methods were used to try and help Gertrude. In second grade, she was advised to stay silent for an entire week, with an allowance to whisper the following week, a bit louder the next, until achieving full volume.

When that failed, the following year she was made to rise every day at 6:30 AM and drink a glass of water while getting dressed,and eat stale bread for breakfast. The following year another doctor required her to clench her teeth for five minutes on the first day, adding an additional five minutes each day until reaching a full hour. Her parents thought this technique actually helped and encouraged her to continue with it, which she did for a couple of years.

However, the situation seemed to change with the onset of Gertrude’s teenage years.  Tompkins biographer James W. Ure wrote, “As a teenager Gertrude’s stuttering only grew worse. Sometimes she couldn’t speak for several seconds. As she waited for the words to come, others tried to encourage the words from her lips, saying for example, 'Do you mean ‘hotel’? Or are you trying to say ‘home’? She felt shamed by her inability to speak as others did. She shrank from people and avoided speaking in class. Eventually, her teachers no longer called on her. Often Gertrude said she was ill and stayed home from school. Vreeland Tompkins found consolation in the fact that his daughter’s was less severe than his own."

After a hard high school and college experience, she graduated and began her flight training in 1943. Of course, she was concerned that her stuttering would be cause for her to be ejected from the training program. She knew from her vast experience with stuttering that she did not stutter while singing or speaking foreign languages as she was fluent in both French and Italian. Over the ever-so-important radio, she totally avoided her stuttering by singing her responses and instructions.

Her training was a success. Known to her fellow aviators by the nickname of “Tommy”, she was one of a class of 126 WASP pilots who were promoted to fly fighter planes.  It is reported that when she first flew a P-51, her stuttering ended permanently. Her stutter ended when she was flying the P-51 at 400 miles per hour and handling the radio communication chores with total ease.

On October 26, 1944, Gertrude “Tommy” Tompkins would tragically fly her last flight. Flying a new P-51D, she had been ordered to fly from Los Angeles to Palm Springs, and from there to Newark, from where the aircraft would be flown to Europe by a male pilot for use in combat. Since her base of record was Love Field in Dallas, someone there noticed that Tompkins had not filed the overnight telegram from October 26. Of the 38 WASP pilots killed in service during World War II, Gertrude Tompkins is the only one still listed as missing. Extensive searches for her aircraft were unsuccessful.

The Women’s Airforce Service Pilots were certainly pioneering women who helped the war effort in a great and unique way. Unfortunately, Congress disbanded the WASP after World War II as a result of pressure from male military pilots who felt that these women flyers potentially would take their jobs. Gertrude Tompkins refused to let her stuttering hold her back from her incredible dream: to be a female military pilot in an era when there were none. At the young age of 33, she made the ultimate sacrifice for her country, paving the way of bravery for women and all people who stutter around the world.

From the Summer 2019 Newsletter