Aussie Billionaire Has Message For Kids Who Stutter 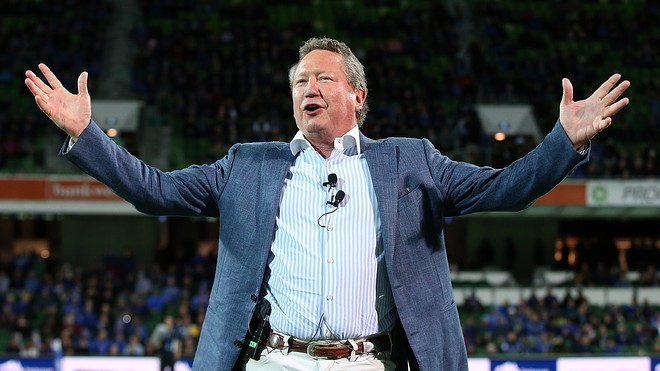 John Andrew Henry Forrest, nicknamed Twiggy, is an Australian businessman. He is best known as the former CEO of Fortescue Metals Group, with other interests in the mining industry, cattle stations, and aquaculture (the rearing of aquatic animals or the cultivation of aquatic plants for food). With an assessed net worth of $23 billion (according to the Financial Review 2020 Rich List), Forrest was ranked as the second richest Australian.

Emily Blunt, Joe Biden, Samuel L Jackson, Bruce Willis and Aussie billionaire, Andrew ‘Twiggy’ Forrest, all have one thing in common: they grew up with speech disorders or stutters.

In an interview to mark International Stuttering Awareness Day on 22 October, Forrest said his stutter is just part of his personality.

"You'll either grow out of it or it will grow with you but it won't stop you," Forrest told the Australian Speak Easy Association (ASEA).

"What I'd say to every kid and adult out there: 'it's part of your beautiful personality, it's part of who you are'. You can live full, rich and happy lives."

The campaign is to fight stigma around speech disorders, with ASEA president Vikesh Anand saying the condition is often misunderstood.

Forrest said he first became aware of his stutter around year three or four, but by 10 years old, he knew he “just had to get out of this somehow”.

"My father said that he had a stutter as a kid and he said he got over it and he said 'you will too'."

However, he tackled his speech disorder through a “crash or crash-through” mentality, which saw him using a two-way radio as part of his schooling and even joining his school’s debating team.

"I was really pleased that my friends around me said 'Yeah look, have a go Twiggy, what's the worst that could happen? You'll stutter?'" he said.

"I knew that when I put my hand up to join the house debating team that people would be swinging off the rafters to see this kid with a stutter have to debate."  He described the debates as “gladiatorial battles” at his school, but he just focused on practicing.

He said it was “one of the most terrifying things” he’s ever done, but it took the worst out of his stutter.

However, that doesn’t mean he lives without a stutter: Forrest said he still stutters today.

But, he said, the stutter gives him some time to think.

From the 2021 Winter Magazine