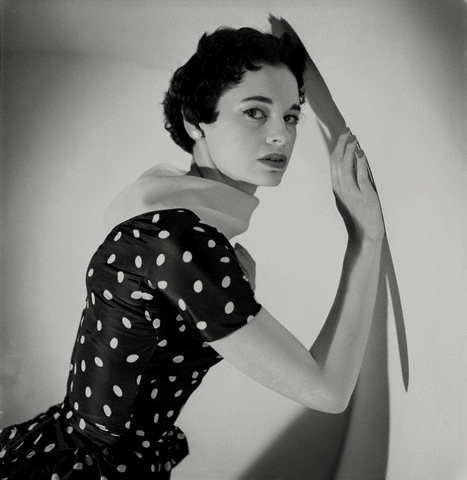 Heiress and fashion designer Gloria Vanderbilt, the mother of CNN commentator Anderson Cooper, died at age 95 at her Manhattan home. The great-great-granddaughter of railroad and shipping tycoon Cornelius Vanderbilt and hailing from one of the most socially prominent families in the U.S., Vanderbilt was nationally famous at a young age for being the center of a child custody case between her mother and her paternal aunt. In the tabloid coverage of the custody battle, she became known as “the poor little rich girl.”

Ms. Vanderbilt was a model, actress, fashion designer, artist, heiress, and socialite. People who were around in the 1970s and 1980s will remember how she jump started a $100 million-dollar fashion empire, mostly with designer jeans, but also blouses, shoes, jewelry and perfume.

With her obituary appearing in major newspapers throughout the world, the obituary in the New York Times, “Gloria Vanderbilt Dies at 95; Built a Fashion Empire,” is unique in that it mentioned that Vanderbilt stuttered badly as a child. It stated, “But behind the flair and the practiced, throaty whisper…there were hints of a little girl from the 1930s who stuttered terribly, too shy and miserable to express her feelings.” A few hours after the Times obituary mentioned her stuttering, it was added to the Boston Globe’s obituary.

Unlike so many other famous people who have struggled with stuttering, Ms. Vanderbilt’s stuttering was not widely known. A Google search reveals only two previous references to her stuttering, one in the form of a profile article in the June 10, 1985, issue of PEOPLE magazine, which stated, “She speaks in a voice that creeps up your neck and crawls in your ear. Her words come out in Katharine Hepburn cadences, accented with the clear suggestion of a Brahmin. Hers is a careful, tentative approach to speech, perhaps because she stuttered as a kid, stammered as an adult, and now has only the slightest hesitation every several sentences.”

The opening paragraph of the biographical article on Your Dictionary.com puts forth, “The girl who stuttered and could hardly put her feelings into words grew into a woman who discovered herself through acting, writing, drawing, painting, and designing. Her efforts led to the creation of a world-famous line of goods, all bearing her highly recognizable name.

While CNN host Anderson Cooper is not on record as addressing his famous mother’s stuttering, he has acknowledged his own issues with stuttering. An October 12, 2010, profile of Cooper in Salon recounted his appearance on “The Ellen DeGeneres Show” in which he offered a commentary on bullying:

“I went to a very small school. I only had about a hundred kids in my graduating class. But I think I was more of a bystander.” Cooper then recalled that he witnessed a kid in his class being picked on for his stutter, and that he didn’t intervene because he was so relieved that he himself wasn’t picked on, given that he had a slight stutter and still sometimes does.

Maybe after her passing, more will become known about Gloria Vanderbilt’s early struggles with stuttering. The stuttering community is no doubt surprised to count her among our ranks. We send out sincere condolences to her family.