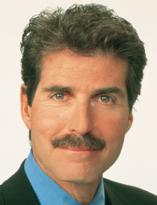 As part of its educational outreach, the foundation offers a toll-free hotline, 800-992-9392, and maintains two Web sites, www.stutteringhelp.org (English) and www.tartamudez.org (Spanish).

Stossel’s childhood and the early part of his career were fraught with the difficulties of stuttering. “I remember terror in the classroom,” Stossel said. “In my early days as a reporter, I did regular live 30-second segments with the anchor of the news program; I woke up every morning in fear of that. The fear stayed with me all day long.”

He considered quitting but, fortunately, sought speech therapy first.  “Once I began to see the results of treatment, I was like a cork out of a bottle,” he said. “I started talking all the time, celebrating and testing my newly found fluency.”

Stossel is aware of the need for continued practice. “Immediately after going through intensive treatment, I remember having the attitude that I’d never have a stuttering problem again, and then the crushing disappointment when I did,” he notes. “I had to constantly remind myself to keep practicing.”  Many adults who stutter must remember to practice speech therapy techniques in order to stay on top of their fluency.

“We are extremely happy to have as our spokesperson someone who has brought important issues and news-breaking topics to the nation’s attention through his broadcast voice,” said Jane Fraser, president of the Stuttering Foundation of America. “Mr. Stossel did not let stuttering silence his story, and we hope that through his success and hard work, others will find encouragement to deal with their stuttering.”