New Look at Stuttering and Emotions 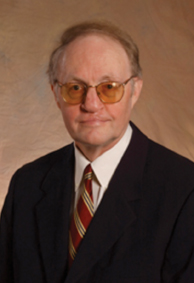 We are grateful to the SFA for providing us this space to tell you about the progress of Vanderbilt 's Developmental Stuttering Project. In an inter-disciplinary collaboration with a developmental psychologist, Dr. Tedra Walden, and support from NIH 's National Institute on Deafness and Other Commun ication Disorders, we have been studying emot ional and speech-language development of 3, 4, and 5-year-old children who do (CWS) and do not stutter (CWNS).

In our most recent sample, we've tested over 100 CWS and almost as many CWNS. We have proposed to continue this work on a longitudinal basis "if our project is renewed during a time of very tight funding at NIH" to determine which of our measures of speech-language and emotion predict those CWS who persist and those who recover.

To study these children, we have used validated parent reports and systematic behavioral observations of emotions (and recently child-friendly physiological indices) as well as conversational, standardized and experimental measures of speech and language.

While earlier aspects of this work have been published, we 'd like to share two preliminary findings indicating that speech-language and emotions interact to contribute to childhood stuttering.

Using an experimental procedure called 'background stimulation,' borrowed from psychological studies of children in families with marital disputes, preschool-age CWS and CWNS listened to three audio-presented two-minute conversations that were presumably overheard between two speakers in the next room. One involved 'flat' affect, another 'happy' and a third 'angry.'

CWS who engaged in emotional regulatory behaviors (for example, self-soothing) stuttered significantly less than for those who did not; however, for CWNS, no such relation was observed between emotional regulation and speech disfluencies. Furthermore, decreased emotional arousal (reactivity) was strongly associated with increased expressive vocabulary for CWNS but not CWS.

These findings also suggest that emotional processes relate to speech disfluencies in different ways for CWS than CWNS. Likewise, CWNS, when compared to CWS, appear more proficient at using expressive vocabulary as a resource to regulate their emotions. We are eager to see how physiological measures of emotion, for example, heart rate variability, corroborate these findings.

These cross-sectional or one-point-in-time findings beg the question of wh ether differences in emotional processes not only differentiate CWS from CWNS but also predict CWS who do and do not recover. To do that, as we have proposed, we must study children longitudinally using multiple methods and measures.