The Impact of ADHD on Stuttering Therapy

By Joseph Donaher, Ph.D.,
The Center for Childhood Communication, The Children's Hospital of Philadelphia 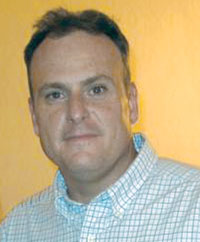 From the Stuttering Foundation's Summer 2009 newsletter.

The role of genetic factors in the onset and maintenance of stuttering has received considerable attention. Multiple studies have shown that stuttering runs in families and that approximately 70% of the variance in liability to stutter can be accounted for through inheritable factors 1,2. The contribution of congenital factors and early neurological incidents has been less thoroughly investigated but research has suggested that both may be causal factors for some individuals who stutter, especially those with no family history of stuttering 3,4. Furthermore, it has been suggested that when no genetic component is present, adults who stutter are more likely to present with increased ADHD-like characteristics possibly as a result of underlying neurological factors 3.

While research linking stuttering with ADHD is limited at best, preliminary reports suggest that the prevalence of ADHD among children who stutter is significantly higher than in the general population 5,6.

Thus, research is needed to better understand this relationship in an attempt to identify risk factors, management strategies and possible neurological underpinnings of each disorder. However, a more pressing need relates to the clinical management of children who stutter who present with diagnosed ADHD or with subclinical levels of ADHD-like traits.

The speech-language pathologist, working as part of a coordinated multidisciplinary team, must consider the impact that ADHD traits could have on an individual's ability to succeed in therapy. For example, children with ADHD frequently struggle with monitoring their behaviors on-line, especially when challenged with time pressure 7. Thus, a child with concomitant stuttering and ADHD may find it difficult to effectively monitor his speech and make corrections at the moment of stuttering. In this case, the child may fully understand what to do but his struggling would be related to consistently using what he knows in real-life situations. Unfortunately, this could be misinterpreted as the child not wanting to use his strategies or lacking motivation.

Speech-language pathologists must also monitor for any changes in stuttering which could be due to the use of psychostimulant medication which remains the most common intervention for ADHD 8. While it is out of the speech-language pathologist's scope of practice to suggest whether a family should or should not pursue pharmacological intervention, any significant changes in stuttering behaviors should be reported to the medical team. The team can then determine whether to discontinue the medication, alter the dosage or switch to a different medication. Unfortunately, there are few studies describing the effects of ADHD medications on stuttering and much of the clinical management must be done on an ad-hoc basis.

Lastly, speech-language pathologists should have a thorough understanding of ADHD and resources for families and professionals. An excellent starting point is the brochure, ADHD and Stuttering by the Stuttering Foundation. Additionally, therapists can utilize online resources like The Stuttering Homepage and Children and Adults with Attention Deficit Disorders ' CHADD. By keeping the lines of communication open between all team members, the speech-language pathologist can increase carry-over and retention of the material presented in therapy while limiting the frustration and anxiety that too often hinders progress.